Unsettled Zimbabwe: The Quest for a Resilient Social Contract

Unsettled Zimbabwe: The Quest for a Resilient Social Contract 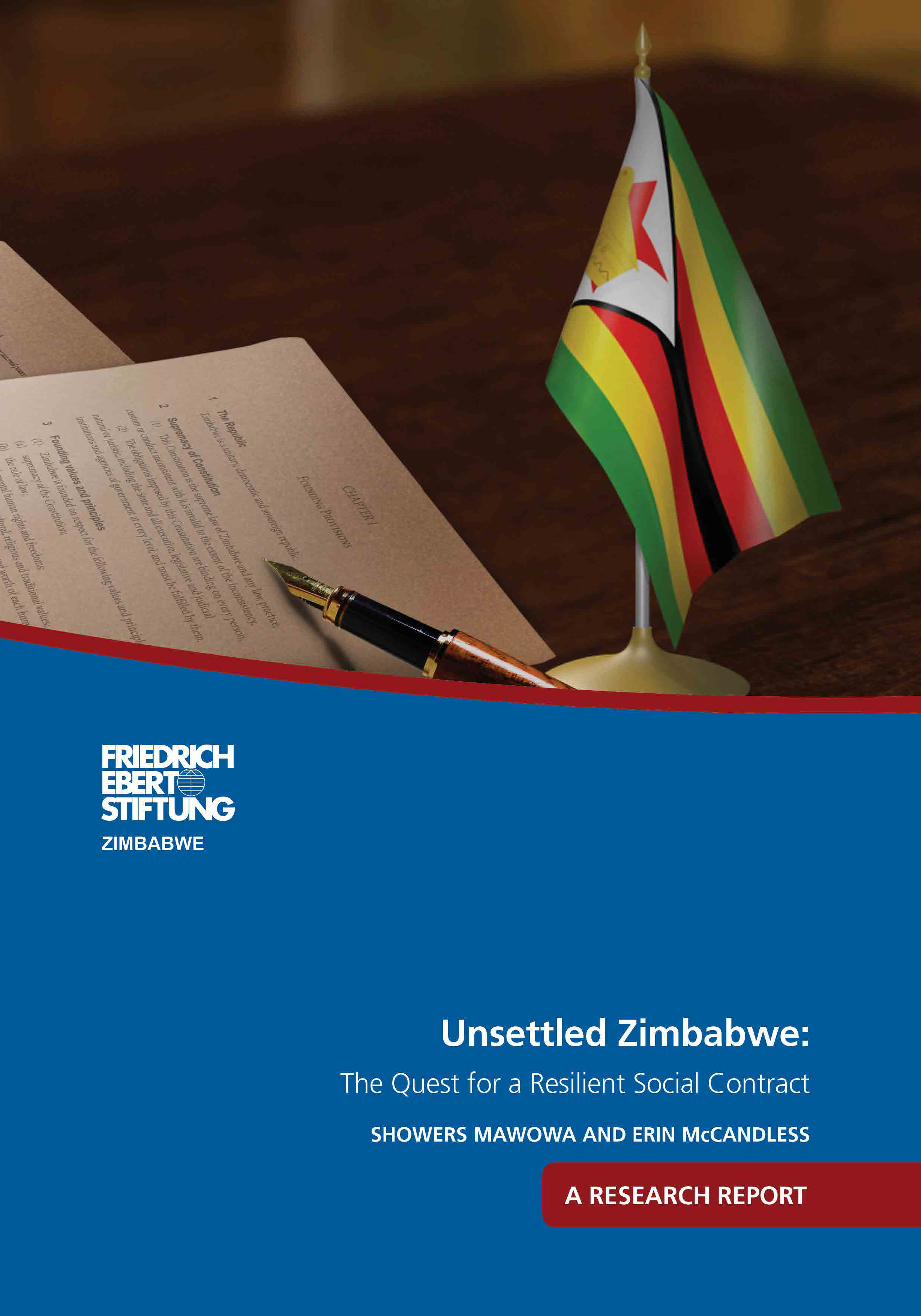 This briefing provides a summary analysis of findings from a Zimbabwe case study of an 11-country research and dialogue project that examines what drives a resilient national social contract in countries affected by conflict, fragility, or with unresolved political settlements. The research argues that Zimbabwe’s attempts at political settlement have failed to address core issues driving conflict emanating from the colonial rule. They have also failed to provide an inclusive basis for a nationally owned social contract. Policy recommendations suggest critical pathways towards this end, including transforming Zimbabwe’s deep state and related institutions, harnessing Zimbabwe’s resilience capacities and strengthening social cohesion.

This case study and overarching 11-country research and policy dialogue project is informed by a conceptual framing and methodology that investigates what drives a resilient national social contract – that is, a dynamic national agreement between state and society, including different groups in society, on how to live together. Such a contract includes the distribution and exercise of power, and how different demands, conflict interests and expectations around rights and responsibilities are mediated over time through different spheres and mechanisms. Three postulated ‘drivers’ of such a contract, constructed through deeply rooted in evidence-based research and dialogue within the project working group, are that:
1. Political settlements and social contract-making mechanisms are increasingly inclusive
and responsive to ‘core conflict issues’.
2. Institutions (formal, customary, and informal) are increasingly effective and inclusive
and have broadly shared outcomes that meet societal expectations and enhance state
legitimacy.
3. Social cohesion is broadening and deepening, with formal and informal ties and
interactions binding society horizontally (across citizens, between groups) and vertically
(between citizens/groups and the state).