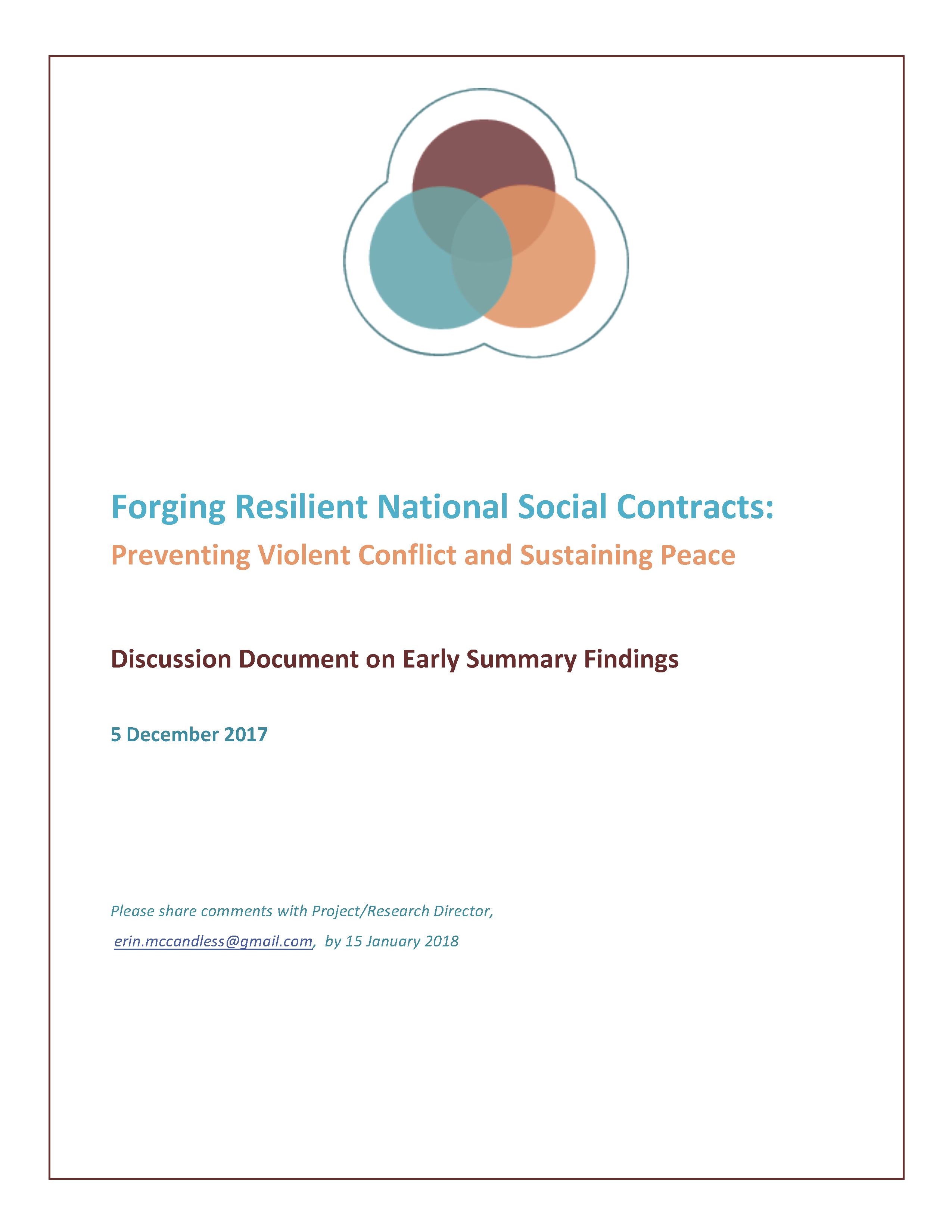 “Forging Resilient National Social Contracts” is a twelve-country research and policy dialogue project that aims to revitalise the social contract concept in contexts affected by conflict and fragility, in order to advance policy and practice for preventing violent conflict and achieving and sustaining peace. The comparative findings aim to elucidate how the social contract manifests, adapts to, and is understood in different contexts. The project is supported by an esteemed group of scholars, policy advisers, and authors from the countries examined: Afghanistan, Bosnia-Herzegovina, Colombia, Cyprus, Nepal, Sierra Leone, Somalia, South Sudan, South Africa, Tunisia, Yemen and Zimbabwe.

The project activities taking place from 2016-2018 include twelve country case studies and a series of policy and scholarly dialogues. They will culminate in a series policy papers on cross-cutting and critical themes emerging from the research, a scholarly book focused on the case studies, and policy-oriented publications on assessing and forging resilient national social contracts, to be launched in several settings internationally.

This Early Summary Findings Report introduces the project and its research framing, and shares early findings emerging from our case studies. Nine of the twelve have so far been included. Several of these case studies are still in development and revision. These findings will be further developed and strengthened, on the basis of feedback and further working group dialogue. They will be complemented with policy recommendations targeting institutional actors at different levels. Findings were first shared, and feedback gratefully received from participants, at a workshop hosted by UNDP/OGC in Oslo, on 1 November 2017.

The project gratefully receives support from the United Nations Development Programme (UNDP)/Oslo Governance Centre (OGC), the Julian J. Studley Fund of the Graduate Program of International Affairs at The New School, and the Friedrich-Ebert-Stiftung (FES), in Berlin and New York.