South Sudan: The Quest for a Resilient Social Contract

South Sudan: The Quest for a Resilient Social Contract

Since achieving its hard-won independence, South Sudan has become a theatre of violent conflict and human misery and one of the most fragile countries in the world. Examining this crisis and prospects for achieving and sustaining peace through the lens of social contract, this article argues that the way the ruling elites managed the transition to statehood, including the constitution-making process, has produced a social contract that has failed to address and instead accentuated the core conflict issues that contributed, among other factors, to the eruption of civil war in 2013. Although the 2015 Peace Agreement provides an opportunity for the people of South Sudan to forge the much-needed social contract, its revitalisation by new agreements recently signed in Khartoum during July 2018 that maintain status quo and reward those with guns will be a recipe for another cycle of violence that may drag the country to the trajectory of a Hobbesian state. 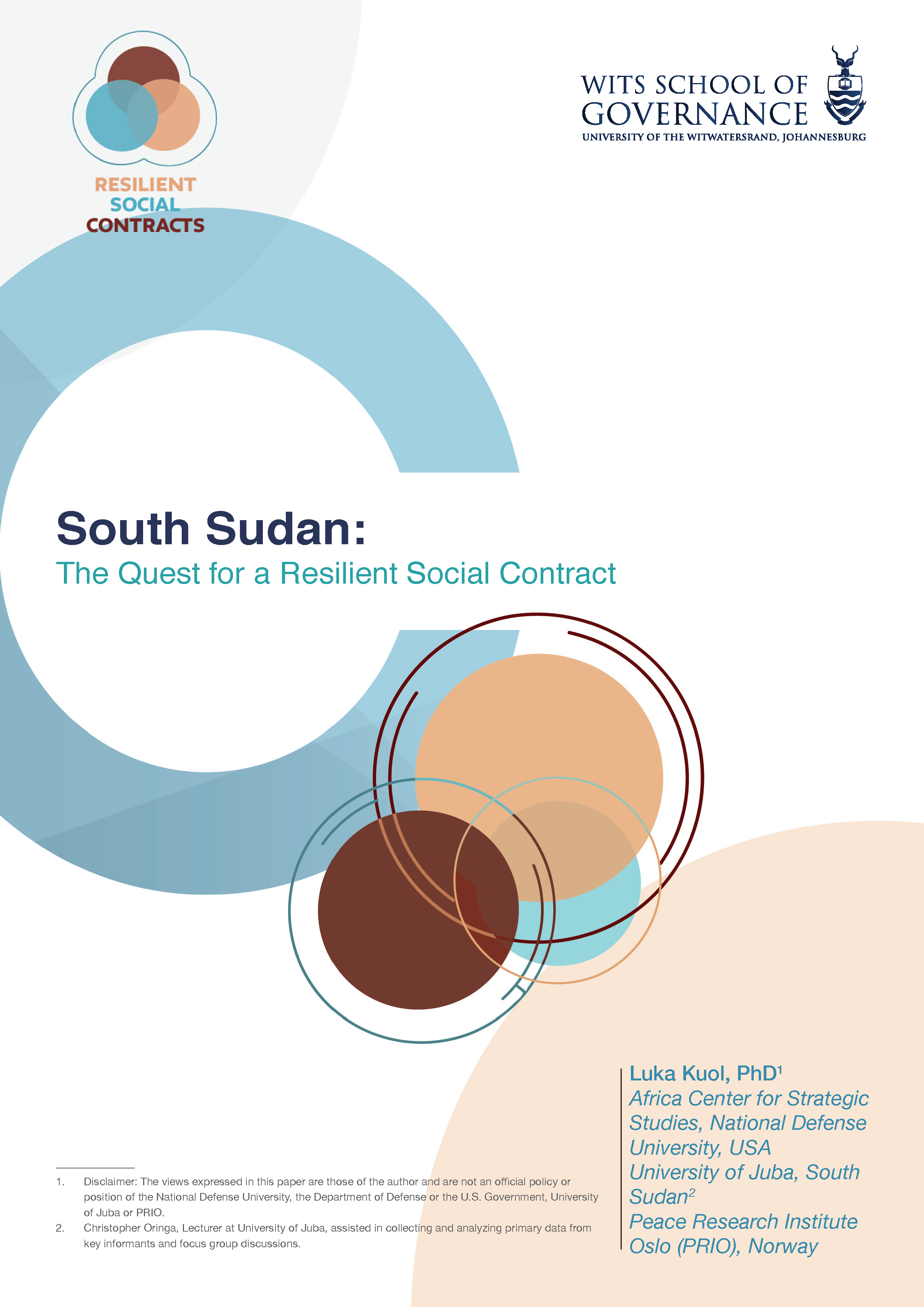 Forging Resilient and Inclusive Social Contract and The Role of Local Governance Myanmar based academic institution.